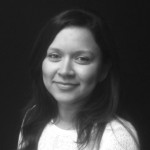 Sandy Gomez has worked in the immigration field since 2001. She was a clerk/paralegal at the Central American Resource Center (CARECEN) from 2001 to 2004 and a paralegal of the Law Office of Tim Everett from 2004 to 2009. Sandy Sandy is a graduate of East Los Angeles College with a B.A. in Psychology and she is fluent in Spanish. Sandy is very experienced in preparing applications for submission to USCIS including Citizenship, Adjustment of Status, TPS and Relative Petitions. She has also prepared many applications for Consular Processing and assisted in assembling Supporting Documents for Immigration Court proceedings.