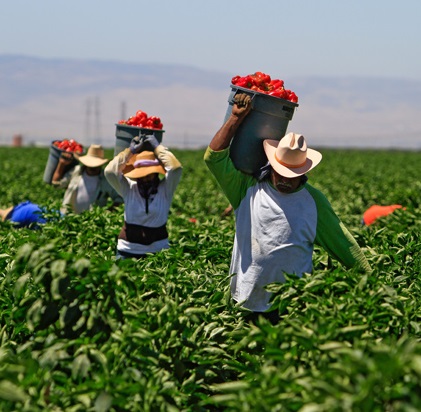 DACA is all over the news of late – especially now that the Trump has decided to cancel the program. They are admittedly a VERY sympathetic group of people. They’re blameless, as they were brought here as children by their parents. They’re students. Indeed many are college students. They speak perfect English and have “American” accents. They have no criminal convictions. They are us. They are actually no longer the “other.” Even the Trump, with all of his bile and anger, has said he “doesn’t want to hurt them. He’s said, “We love the dreamers.”

While immigration advocates justly champion this group because of their righteous cause, the larger issue is the other 10 million undocumented folks living in the United States. They are the parents, aunts and uncles, grandparents, and the older brother and sister of the dreamers. They often don’t speak English very well or virtually no English at all. They are not in college, in fact, many have only a rudimentary formal education. Finally, according to critics, they have “no skills” and are stealing American jobs. To the contrary, they are the engine that makes this country go. They’re raising our children, cleaning our houses, mowing our lawns, parking our cars, stocking our warehouses and cooking our food. The skill they possess is the ability to do “hard work.” What is happening is that these folks are being exploited by our capitalist system that needs labor. As Justin Chacon and Mike Davis write in “No One is Illegal”, immigration policy is a means to control labor. Keeping folks undocumented “atomizes the working class” and works to discourage labor organizing and unionization – which benefits capital. Undocumented workers are often underpaid or not paid at all; often they receive no benefits and have no effective labor law protection. Not helping these folks is wrong.

There are many myths that work to oppress the “bad immigrants.” First and foremost is that they’re criminals – as we all heard during the last presidential election. But study after study has knocked down this straw man despite the chorus from the right. The New York Times reported in January of this year that “Contrary to Trump’s Claims, Immigrants Are Less Likely to Commit Crimes.” “There’s no way I can mess with the numbers to get a different conclusion,” said Alex Nowrasteh, immigration policy analyst at the libertarian Cato Institute, which advocates more liberal immigration laws. Equally bellicose is the assertion that the “bad immigrants” are stealing our jobs! Not true. The New York Times reported in August, “Fewer Immigrants Mean More Jobs? Not So, Economists Say.” “The average American worker is more likely to lose than to gain from immigration restrictions,” said Giovanni Peri, an economist at the University of California, Davis. Even low skilled immigration is a benefit and not a job destroyer because they often work at jobs that wouldn’t exist if low cost labor wasn’t available and generally they provide a boost to the rest of the economy.

Taking care of the non-DACA undocumented population is a more difficult lift. This is the lift that is most American if you will; more in keeping with the promises of the Statue of Liberty and of values of merit, inclusion, fairness and justice – ironically, so central to the white Anglo-Saxon protestant vision for America. To their credit many DACA kids are now “woke” to this issue and are becoming very vocal about their opposition to any deal that uses their status as a bargaining chip to deport the rest of their family. Indeed, they are more American than members of congress and our own president.

Turning to Chacon and Davis again, they write, the official response to immigration in the United States has always been schizophrenic, “embracing immigrants at some moments and decrying them at others. It has always included prophets of doom, convinced that immigration will destroy the nation, yet both immigration and the nation continue.” Let’s not forget the “bad” immigrants when we set out to help the “good” immigrants.