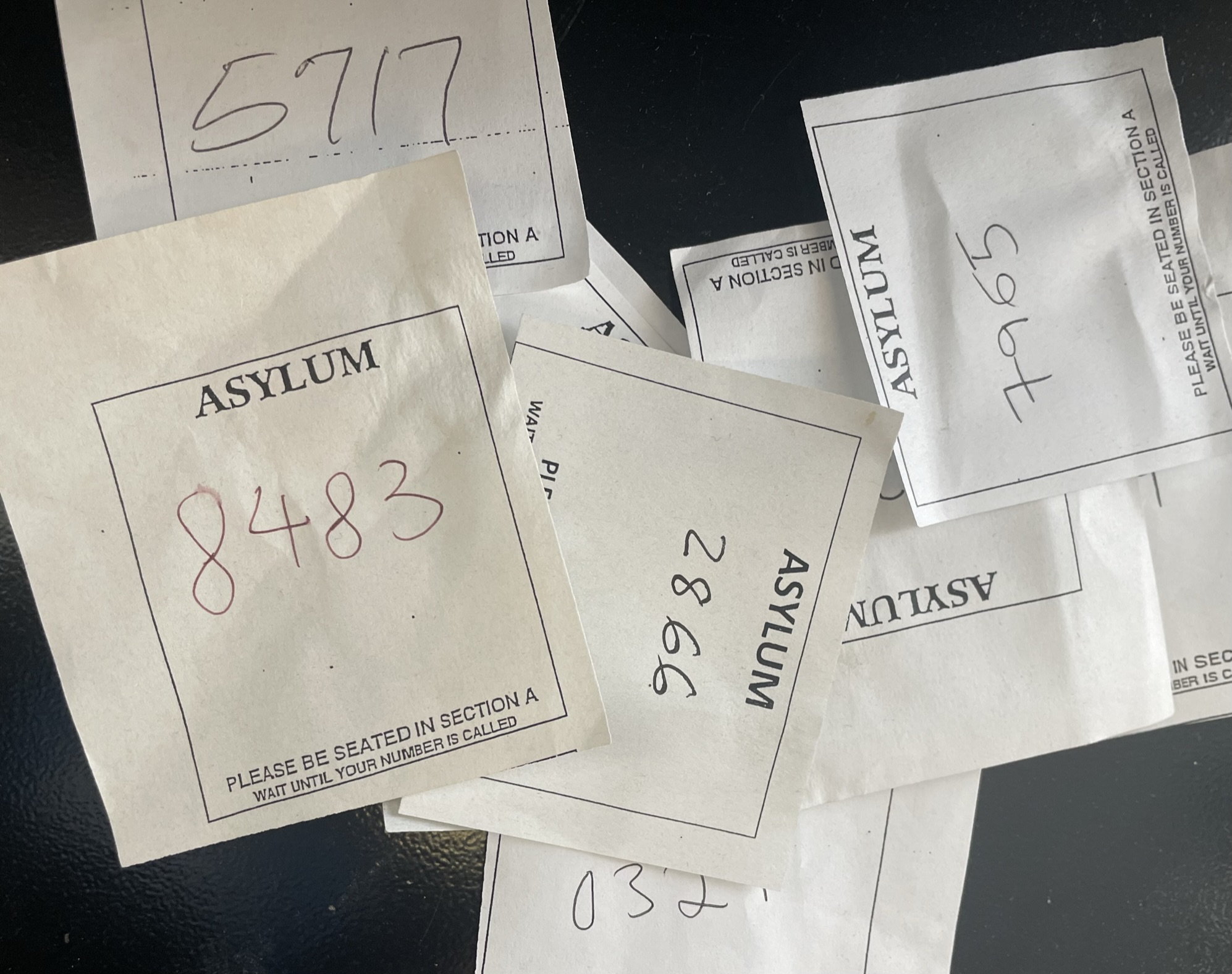 The Department of Homeland Security on August 8 that it ended a Trump-era policy requiring asylum-seekers to wait in Mexico for hearings in U.S. immigration court, hours after a judge lifted an order in effect since December that it be reinstated.
When the policy would end had been in doubt since the Supreme Court ruled on June 30 that the Biden administration could end the policy.
On June 30, the Supreme Court ruled that the Biden administration may cancel a Trump-era immigration program that forces certain asylum seekers arriving at the southwestern border to await approval in Mexico. Chief Justice John G. Roberts Jr., writing for the majority in the 5-to-4 ruling, said an immigration law gave the president discretion to return migrants arriving by land to the country from which they came. But that discretion, he continued, did not amount to an obligation. In a very important distinction key provision, the chief justice wrote, the key provision at issue uses the word “may” rather than “shall.” That provision, he wrote, “means what it says: ‘May’ means ‘may.’” Chief Justice Roberts added that making removal mandatory would require ordering the president to negotiate with Mexico. Judges should not lightly meddle with the president’s ability to conduct foreign policy.
Homeland Security officials had been largely quiet, saying they were waiting for the Supreme Court to certify the ruling and for a Trump-appointed judge, Matthew Kacsmaryk in Amarillo, Texas, to then lift his injunction. The Supreme Court certified its ruling last week.
DHS promised that the program will be unwound in a “quick, and orderly manner,” according to DHS officials. No more migrants are being enrolled and those who appear in court will not be returned to Mexico when they appear in the U.S. at their next hearings.
The policy “has endemic flaws, imposes unjustifiable human costs, and pulls resources and personnel away from other priority efforts to secure our border,” the officials stated.
Many questions remain, including whether those whose claims have been denied or dismissed will get a second chance or if those whose next court dates are months away will be allowed to return to the U.S. sooner. Homeland Security said it will provide additional information “in the coming days.”
About 70,000 migrants were subject to the policy, known officially as “Migrant Protection Protocols,” from when President Donald Trump introduced it in January 2019 until President Joe Biden suspended it on his first day in office in January 2021, fulfilling a campaign promise. Many were allowed to return to the United States to pursue their cases during the early months of Biden’s presidency.
Nearly 5,800 people were subject to the policy from December through June, a modest number. Nicaraguans account for the largest number, with others from Cuba, Colombia and Venezuela.
Trump made the policy a centerpiece of border enforcement, which critics said was inhumane for exposing migrants to extreme violence in Mexico and making access to attorneys far more difficult.
The challenged program, known commonly as Remain in Mexico and formally as the Migrant Protection Protocols, applies to people who left a third country and traveled through Mexico to reach the U.S. border. After the policy was put in place at the beginning of 2019, tens of thousands of people waited in unsanitary tent encampments for immigration hearings. There have been widespread reports of sexual assault, kidnapping and torture. Soon after he took office, President Biden sought to end the program. Texas and Missouri sued, and lower courts reinstated it, ruling that federal immigration laws require returning immigrants who arrive by land and who cannot be detained while their cases are heard.