What to look for from an Immigration Law Office 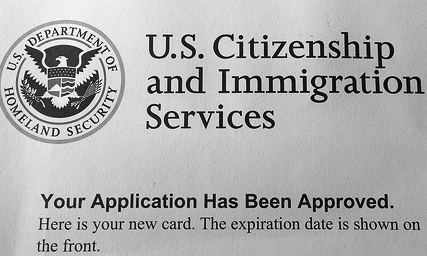 To state that the laws governing immigration into the U.S. are complex is definitely an understatement. It’s almost impossible for any one individual, legal professional or private citizen, to understand every detail and nuance of this complicated area of law. With this in mind, it’s important to understand that there are attorneys and employees of the immigration law office who know as much as anyone about the process of coming to and staying in this country.

The general series of laws and regulations governing this activity falls under the broad banner called the Immigration and Naturalization Act. This act and the policies it sets out in detail are the primary immigration resources for a variety of categories, including one of the primary areas of focus, family-based immigration. In fact, most of the information in the law (and other sources) emphasizes that immigration into the United States is based on a few fundamental principles, with reunification of families at the top of the list.

Some of the other guiding principles focus on people who have skills valuable to the economy, on protecting those seeking refuge from difficulties in their home countries (refugees), and population diversity. As for the immigration process based on family, it’s essential for a potential immigrant to be a spouse of a U.S. citizen, to be a minor child of a U.S. citizen and unmarried, or to be parents of a U.S. citizen. This category is extended by the family-preference process, in which a potential immigrant can be an adult child, brother, or sister of a U.S. citizen, or the spouse or unmarried child of a lawful permanent resident (LPR), someone who works and lives permanently in the U.S. but is still technically a foreign national.

Entire books and studies have been written on immigration law, for the obvious reason of explaining a complex legal process. The DACA program is just part of the broader immigration category. The Deferred Action for Childhood Arrivals program was established by President Obama’s executive order in 2012. In the years since its beginning, thousands upon thousands of young people who were brought into the U.S. illegally as children have been allowed to stay in the country because of this program.

There are strict guidelines, including no serious history of crime, arrived prior to 2007, and must have been under 16 on arrival. If they meet these guidelines, they can live and work in the United States for a two-year period, which is renewable. This important action for childhood arrivals resulted in more than 800,000 applications, a massive group which is informally known as the Dreamers. This term is based on the Development, Relief and Education for Alien Minors Act. The current administration announced it will end DACA, with no new applications accepted.

Family reunification and associated guidelines are a primary reason for immigration, but there are several other categories that should be mentioned during any study of this subject. For example, there is the EB-5 program, which indicates an “employment-based fifth preference” or “immigrant investor” category. These individuals can become lawful permanent residents if they invest at least $1 million to finance a business that employs a minimum of 10 workers who are U.S. citizens. EB-5 visas can be acquired in certain areas by investing $500,000. There are five groups in this main category, with strict number limits set annually.

Individuals may also immigrate to the United States as religious workers under the R-1 Temporary Non-Immigrant program. Specific guidelines apply to this category, such as: the individual must be a minister or hold another formal position with the religious organization.